A Benefit of Being Unemployed

Well, it's been months since college football wound up; and it's time for Meredith's Predictions.

I see Alabama and Tennessee playing for the SEC Championship.

But, wait! The Old Miss Rebels are their nemesis, and the game is played in Oxford! The SEC West isn't a foregone conclusion.

Also, Tennessee seems to not do vert well against Florida.

So who will meet for the Championship in Atlanta? God only knows.
Posted by Meredith at 3:29 PM 2 comments:

While passsing through Cookeville, Tenn., I spotted this Tennessee Bikini Girl by a car wash.  Otherwise, I-40 is rather dull until I got to the Virginia state line. Tennessee Tech University is nearby: 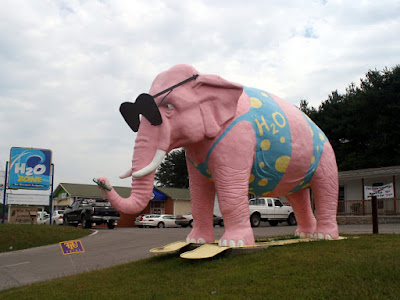 How About Those Rebels?


Good times have returned, at long last!
Posted by Meredith at 11:00 AM No comments:

Embarrassment at the Gym

I was working out at a local gym not too long ago, and I noticed a thirtyish young man who couldn't have been older than myself doing a certain exercise that women normally do, meaning men don't usually think to do this particular exercise. I don't want to get too specific with this because you never know when this person might come across this conversation online.


Anyway, I noticed that his form was pretty out of whack. There was no one else in the gym at the time, and I didn't want to see him hurt himself while I was there. I went over to him and asked him if he wanted a tip or two on how to get the best out of this particular exercise.  He said sure. I showed him the proper form for the exercise and then explained it as I was demonstrating it. I didn't think anything of it at the time, I was just offering a fitness tip to a fellow gym member.

As this gentleman was leaving, he said "thanks, I'm usually in here about the same time everyday." Then he smiled at me with this weird seductive smile.  Now, I don't have a judgmental bone in my body, but that doesn't mean that I don't know when a smile is more than a smile. From the way he said it and the way he smiled at me, it was blatantly obvious that he was coming onto me.

It left me with an uncomfortable feeling, and as he walked out the door, it hit me what had just transpired. I was embarrassed that this young man's.. situation... hadn't been obvious to me before then. It wouldn't have kept me from giving him a tip on form, but it would have at least prepared me for what he said and how he said it as he was leaving the gym.
Posted by Meredith at 3:35 PM 2 comments:

I knew that I was making the right choice by kissing him. It was utterly spontaneous; I just felt like kissing this handsome man who was in the bar at the same time I was.


No strings.  No follow-up.


Just a spontaneous moment of passion.


Guys, when this happens, it's best to be agreeably surprised.  Sometimes a thirtyish woman wants to Carpe Diem.


No, I didn't mind when you cupped my breasts.


But it's best to end while we're ahead.


No waking up next to a strange person the next day and wondering whether a pregnancy happened.
Posted by Meredith at 12:45 PM 3 comments:

One professor of mathematics noticed that his kitchen sink at his home broke down. He called a plumber. The plumber came on the next day, sealed a few screws and everything was working as before.

The professor was delighted. However, when the plumber gave him the bill a minute later, he was shocked.

“This is one third of my monthly salary!” he yelled.

Well, all the same he paid it and then the plumber said to him:

“I understand your position as a professor. Why don’t you come to our company and apply for a plumber position? You will earn three times as much as a professor. But remember, when you apply, tell them that you completed only seven elementary classes. They don’t like educated people.”

So it happened. The professor got a plumber job and his life significantly improved. He just had to seal a screw or two occasionally, and his salary went up significantly.

One day, the board of the plumbing company decided that every plumber has to go to evening classes to complete the eight grade. So, our professor had to go there too. It just happened that the first class was math. The evening teacher, to check students’ knowledge, asked for a formula for the area of the circle. The person asked was the professor. He jumped to the board, and then he realized that he had forgotten the formula. He started to reason it, he filled the white board with integrals, differentials and other advanced formulas to conclude the result he forgot. As a result he got “minus pi r squared”.

He didn’t like the minus, so he started all over again. He got the minus again. No matter how many times he tried, he always got a minus. He was frustrated. He looked a bit scared at the class and saw all the plumbers whisper:

“Switch the limits of the integral!!”
Posted by Meredith at 6:16 PM 2 comments: